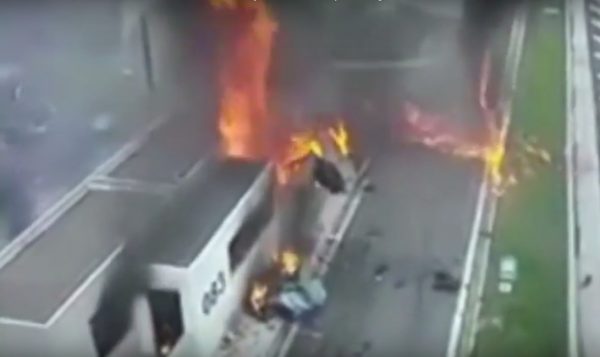 This incident took place on the National highway in Greece Athens-Lamia. A 41 year old man who was traveling along with his wife and 3 years old son has stopped his car to visit the bathroom. While he was in the bathroom, a Porsche going over 120 mph totally out of control crashes straight into his car with his family inside. He could only watch, but he was unable to help them, his wife and 3 years old son died in the accident along with the Porsche driver and his co-passenger. The Porsche was driven by George Vakakis, son of Greece’s biggest toy industry tycoon Apostolos Vakakis. You can see this entire tragic event in the video below.