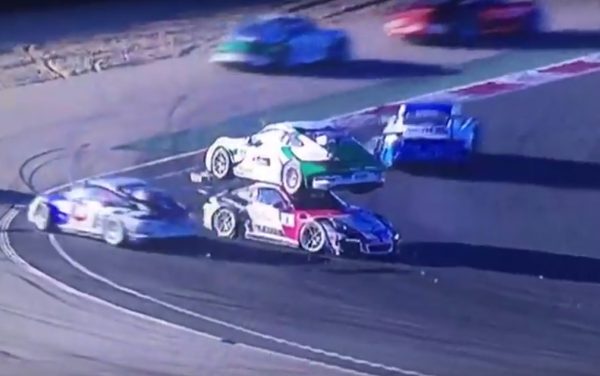 This event is recorded at the Navarra race track on the Porsche Carrera Cup of France. Just before the crash there are a bunch of cars on a sharp turn, and all of a sudden one of the cars is losing control and causing the accident. Most of the cars managed to avoid the crash, except for one which ended up on the roof of the car that caused the crash. You don’t see this kind of things every day. Let’s watch the video below to see what actually happened.