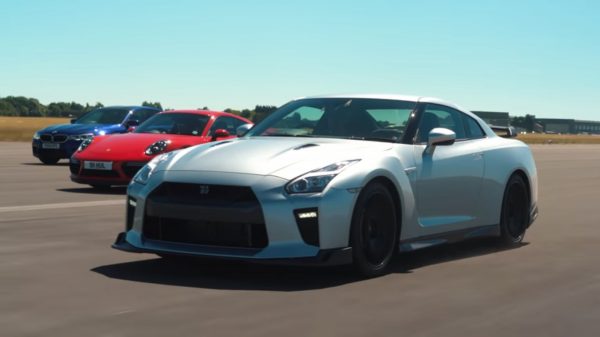 We are about to see a half mile drag race between three spectacular and luxurious cars. Porsche 911 Turbo S is going against a tuned Litchfield Nissan GT-R 2018 Track Eddition and against one of the fastest super saloons of the moment, the BMW M5. The Porsche 911 Turbo S has long been the king of the dragstrip. This latest version is more explosive than ever, powered by a 3.8-liter twin-turbocharged flat-six engine, delivering 580 hp and a 553 lb-ft of torque, with a price of $180,000.