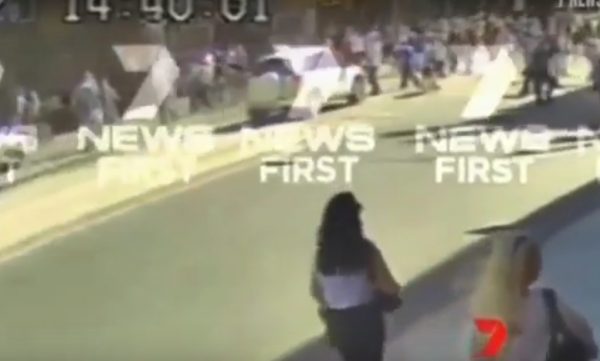 Panic in the streets of central Melbourne on a busy thursday afternoon. Witnesses saw a large white car accelerated to dozens of people using a pedestrian crossing right outside the city main train station. It was 4:42 pm, the crossing was packed with people heading to and from train station and doing pre-christmas shopping. The SUV smashed straight into the people, leaving 14 people injured behind. The driver was wrestled to the ground and handcuffed after his car crashed down the road. The person who was filming this unpleasant event was also arrested. You can see the entire event, the moment when the SUV crashed into the crowd in the video below.