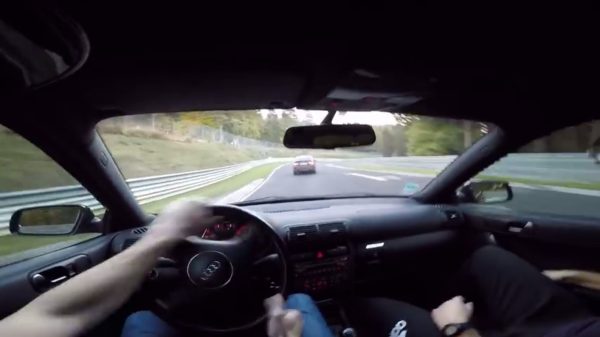 We are about to see an Audi S3 rollover crash filmed with onboard camera. It is scary to watch, and I hope everybody is ok, but what may be the reason for the crash? I guess the driver went over the limit at the wrong moment, but also the way he was holding the wheel was not so good. He should’ve taken a training in a classroom about wheel handling and how to put your hands on it. He would have avoided almost killing his friend.

The issue with these Audi cars is that most of them have the engine sitting way above the front wheel, so you have a lot of weight on the front, and not so much on the rear wheels, so the more you push it the more it becomes uncontrollable. It seems like this S3 is sold as ‘quattro’ but in fact it is not a ‘real’ quattro, but only an Haldex differential, which is clearly limiting the car handling because it is not intended to be pushed hard, which is the reason for the crash.