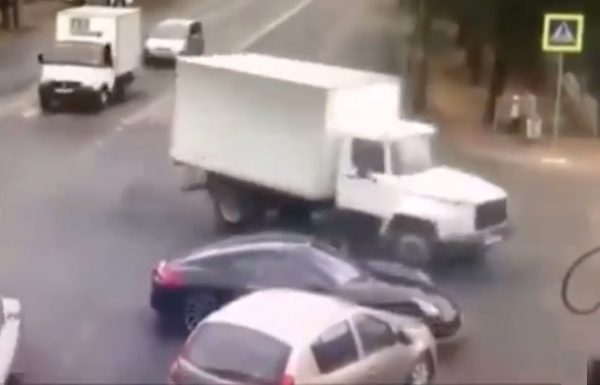 We are about to see extremely dangerous Porsche driver causing two accidents in a row. It is almost like a terrorist attack, I really don’t know what the problem of this man is. Instead of getting out of the car after the first crash, which was his responsibility, he continued his journey with an open door, dangerously cutting the junction and crashing into a parked car, causing additional damage. Innocent people could get killed with drivers like this one around. Watch the video below and make your own judgement.