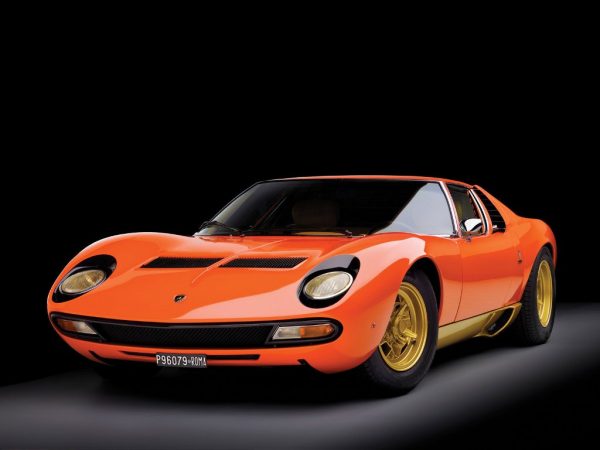 The Lamborghini Miura is the origin of the Lamborghini as we know it today, and more than that, it is where the modern supercar begins. The Miura was not an official project, just seven young engineers aged about 20 worked after hours for the fun of it. The man who designed the body of the Miura was just 22 years old. They didn’t realise at the time, but those seven young engineers were about to spark a revolution. Until then, all fast cars had their engines at the front, but the Miura had its V12 in the middle, setting a template for all future supercars. They also mounted the engine sideways rather than lengthways, to keep the car compact.

The Lamborghini Miura was produced from 1966 to 1973. In that period only 764 cars were built. At the time it was the fastest production car. This mid-engine, rear-wheel drive sports car was powered by a 3,929 cc V12 engine with a 5-speed manual transmission. The original Miura P400 was produced from 1966 to 1969 with a total of 275 units built. The V12 engine of the P400 could deliver 350 hp and a 262 lb·ft of torque at 5000 rpm. The acceleration time from 0-60 was 7.0 seconds. Lamborghini knew that their masterpiece wasn’t perfect, and they continually improved it throughout its life.