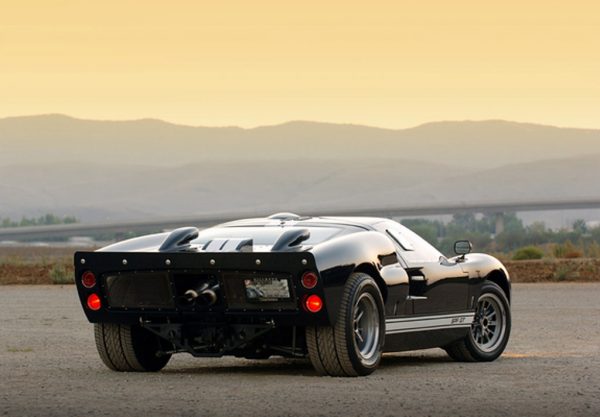 The Ford GT40 originally was built as a high performance endurance race car. The Mk I, Mk II and Mk III were built in England, and Mk IV was built in the US. The GT40 Mk II was powered by a 7.0-liter FE engine adopted from the Ford Galaxie, delivering 485 HP. This American-British engineered machine won the 24 Hours of Le Mans consecutively four times, from 1966 all the way to 1969. This was the car that embarrassed Ferrari at the Le Mans Series.

Forty years later came out the Ford GT. Although looking very similar to the Ford GT40, this Ford GT was bigger, wider and taller. However, the differences just do not stop there. The Ford GT was built completely different compared to the original GT40, giving the car better handling and performance. The 2005 Ford GT was powered by a 5.4-liter V8 supercharged engine delivering 550 HP and acceleration time from 0-60 mph of just 3.3 seconds.

Then we finally meet the newest and latest 2017 Ford GT with the best power to weight ratio ever on any production car. The 2017 Ford GT is built with a lot of precision, passion and cutting edge technology. The carbon-fiber construction makes this car more lighter than the previous model. The rumors are that there are going to be produced 250 units per year, and a limited production with a total of 1000 units. You will get a car that weighs 2,890 lbs powered by an engine that can deliver 630 HP. This car will have acceleration time from 0-60 mph of 3.2 seconds, and a top speed of 200 mph. The price of this supercar is expected to be approximately $400.000.