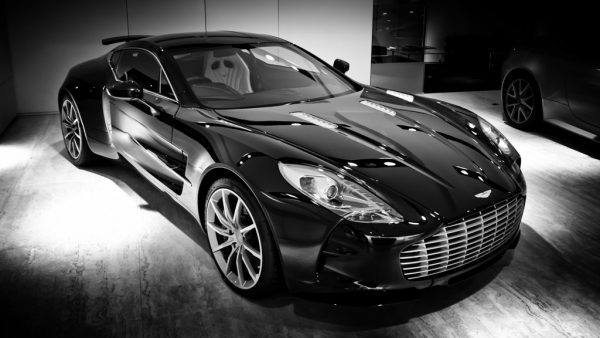 This two-door coupé at first appeared at the 2008 Paris Motor Show where it was partly revealed, and it was fully revealed at the 2009 Geneva Motor Show. The delivery of this sports car started at the beginning of 2011 priced £1,150,000. There was a limited number of 77 cars of this model produced, and that is how this car got the name One-77.

This supercar features carbon fiber chassis and a handcrafted aluminium body, it is powered by a 7.3L V12 engine tied to a 6-speed automated manual transmission. The top speed of this car was estimated at 200 mph, but acording to the performance tests it was able to deliver a rocket speed of 220 mph.