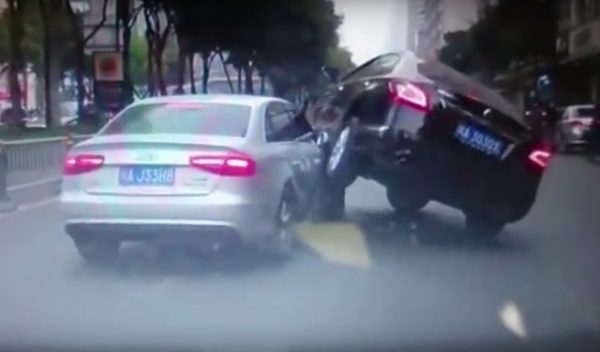 We are about to see unusual event recorded in China. Driver of a silver Audi who obviously was in a hurry, cut in front of a Chinese businessman – forcing him to brake suddenly. After the breaking, the businessman who was driving a black Nissan Teana, took offence at the Audi driver action, so he decided it was his right of way and put his foot down on the gas pedal. But, instead of pushing the silver Audi into its own lane, the incident left the black Nissan on top of the Audi’s bonnet. Another motorist who witnessed the event, said the both men then got out of their cars and blocked traffic as they argued. Watch the video below, it’s truly unbelievable.